The Savannah Coastal Refuges Complex consists of seven National Wildlife Refuges spread along nearly 100 miles of coastal South Carolina and Georgia and containing 58,000 acres of land and water. These refuges are maintained on behalf of the American people by the US Fish and Wildlife Service in perpetuity for the benefit of the wildlife and wildlife habitat they harbor.

The Complex Headquarters is located in the Savannah NWR Visitor Center at 694 Beech Hill Lane, Hardeeville SC. Shaw Davis is the Complex's Acting Project Leader (CEO). He is responsible for managing the Complex and the FWS staff.

The seven refuges are (listed north to south):

Tybee NWR (100 acres) (not to be confused with Tybee Island, a town and beach in GA)

Tybee and Wolf Island NWR's are closed to the public. Wassaw NWR and Blackbeard Island NWR are accessible only by boat. 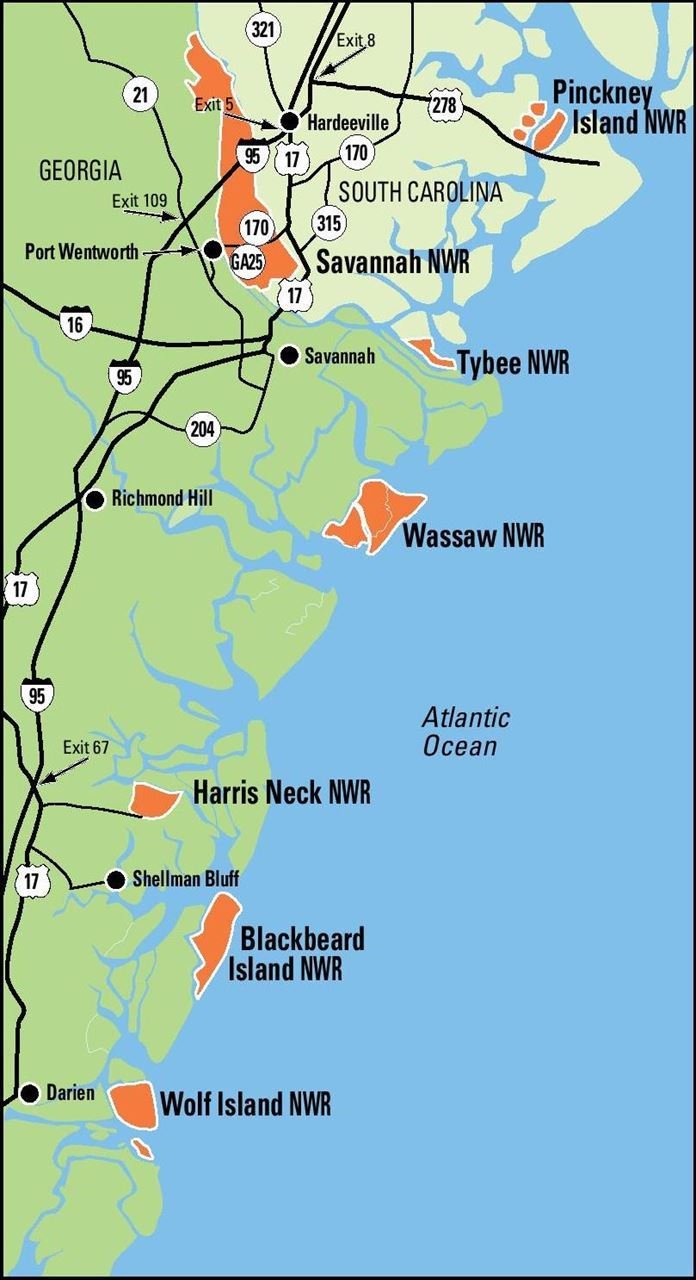