The Diversion Canal, constructed in 1977, borders the Laurel Hill Wildlife Drive starting just past the 2 Mile marker. It was built to ensure a reliable source of fresh water for the refuge as deepening of the Savannah River caused tidal salt water incursion from the Atlantic Ocean further upstream. The water you see in the impoundments was brought in via this canal. The upstream end of the canal provided fresh water at all tides.

The nine mile canal was part of a U.S. Army Corps of Engineers project to mitigate incursion of brackish water into the refuge created by the construction of a a tide gate in the Savannah River as part of a harbor channel maintenance plan.

Hurricane Irma in 2017 caused a blow-out around the water control structure, making it impossible to control the water level in the canal and turning the fresh water canal into a brackish tidal creek and increasing salinity levels in some impoundments. FWS has been severely curtailed in its ability to manage the impoundments as a result. At very high tides the Drive must be closed because water from the canal tops the drive and pours into the impoundments on the other side.

We are still waiting on the US Army Corps of Engineers to repair the structure. They have already been allocated the money, but coming up on two years after the Hurricane, no work has yet begun. 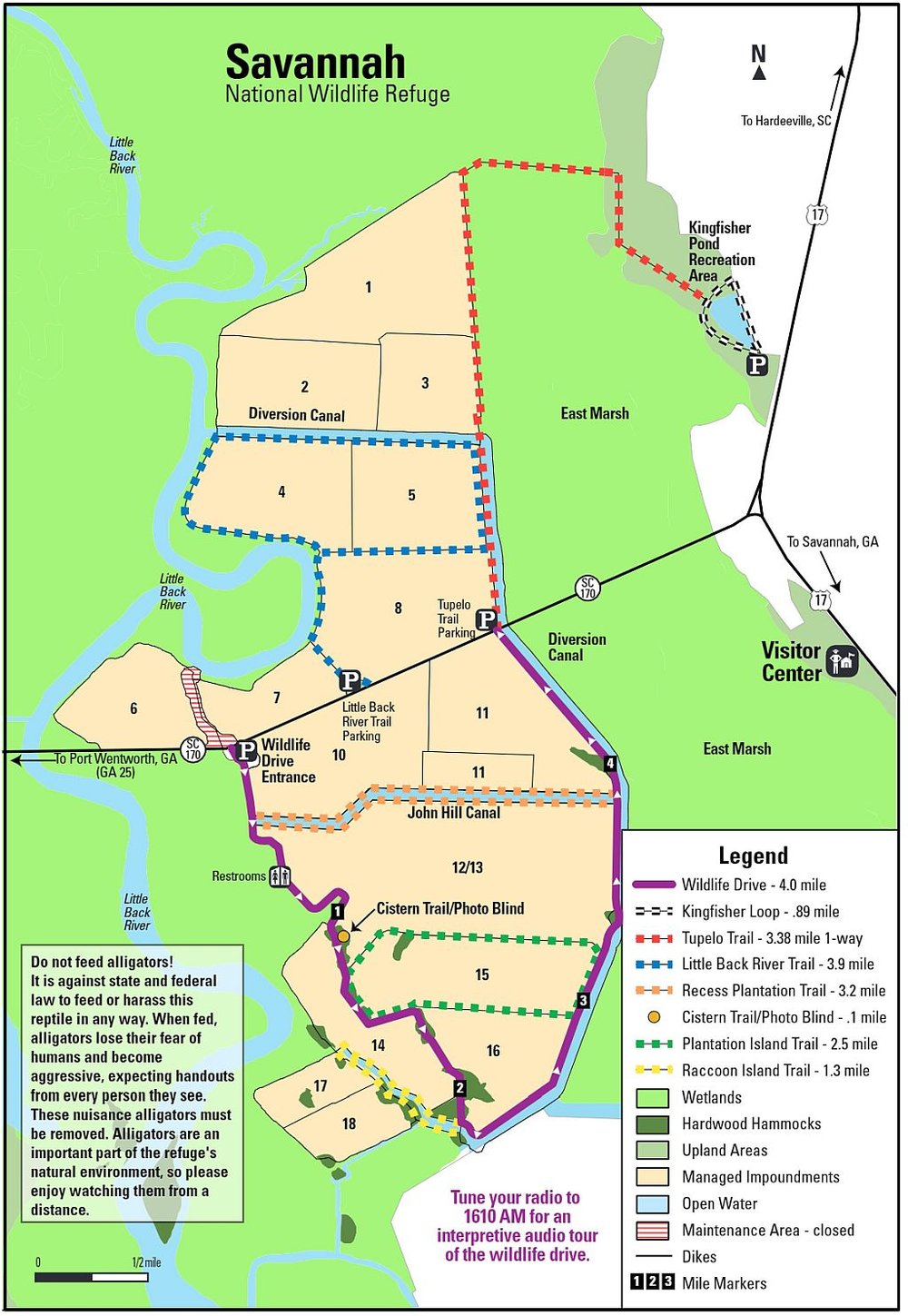