Have a question about Savannah NWR or the Refuge System? Your answer may be here. Touch the highlighted links for more info.

Q: Why is it called Savannah NWR when the Wildlife Drive and the Visitor Center are in South Carolina?

A: The Refuge is named after the Savannah River which divides the refuge just about in half. One side is GA, the other is SC. The origin of the word "savannah" is in dispute. Some think it is from the Spanish "sabana" which means tropical grasslands. Others believe it comes from Shawnee or Algonquin native languages.

Q: Who manages the Refuge?

A: Savannah NWR and all National Wildlife Refuges are federally managed and administered by the United States Fish and Wildlife Service which is part of the US Department of the Interior. FWS also implements the Endangered Species Act.

The seven Refuges in our area are managed from the Savannah Coastal Refuges Complex based in the Savannah NWR Visitor Center.

Q: What is the difference between a National Park (like Yellowstone) and a National Wildlife Refuge?

A: The National Park System is much better known than the National Wildlife Refuge System. Both are parts of the US Department of the Interior.

Parks emphasize visitation and recreation while the Refuge System prioritizes the preservation of wildlife and wildlife habitat. In refuges, the critters come first.

Q: Are there other National Wildlife Refuges in this area?

A: There are seven NWR's managed from the Savannah Coastal Refuges Complex office. They stretch along about one hundred miles of coast from Pinckney Island just outside Hilton Head Island, SC, south to Wolf Island NWR near Darien, GA,

Other Refuges in Georgia include Okefenokee NWR along the GA/FL border, Bond Swamp NWR southeast of Macon, GA along I-26, and Piedmont NWR, ENE of Forsyth GA.

South Carolina Refuges include Santee NWR on Lake Marion at Exit 102 on I-95 and ACE Basin NWR between Ridgeland and Charleston, SC.

Q: Does the Refuge accept my "America the Beautiful Pass"?

A: America the Beautiful Passes are accepted at National Wildlife Refuges that charge entry fees. Since none of the Refuges in the Savannah Coastal Refuges Complex charge entry fees, you do not need to show your pass.

Q: Can i get my National Park Passport book stamped at the Refuge?

A: No. Those passport stamps are available only at National Parks, not at Refuges. The Refuge System has its own passport book , the "Blue Goose Passport" which is available for purchase at the Visitor Center. Stamps for all seven refuges in the Complex are also available there.

Q; What is the Blue Goose?

A; The "Blue Goose" is the official symbol of the National Wildlife Refuge System It has been used on refuge boundary markers, entrance signs, brochures, and exhibits since 1936. 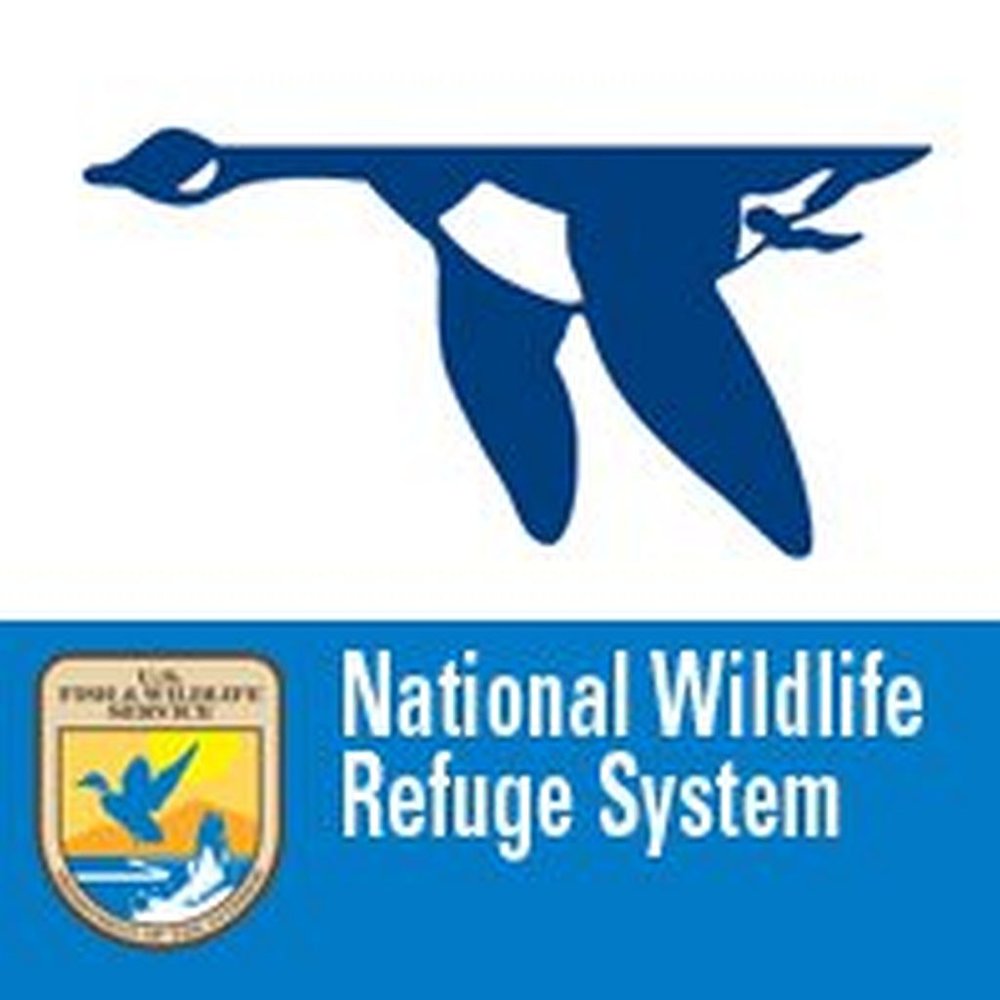 It was first drawn by the well-know editorial cartoonist J.N. "Ding" Darling. At the time he was chief of the U.S. Biological Survey, the precursor of the US Fish & Wildlife Service. J.N. "Ding" Darling NWR in Sanibel, FL, was named in his honor.